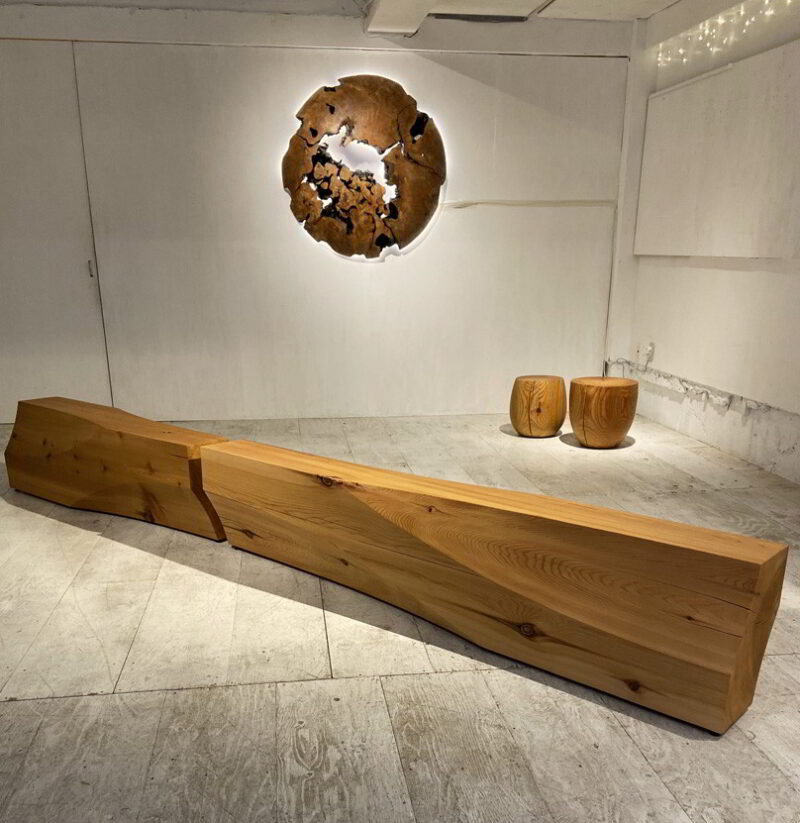 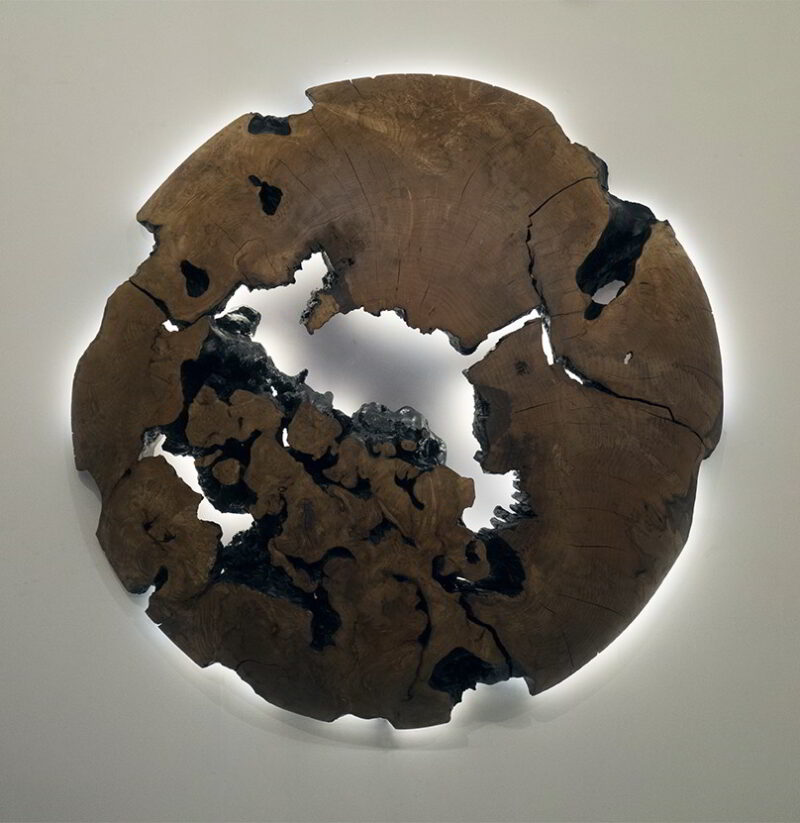 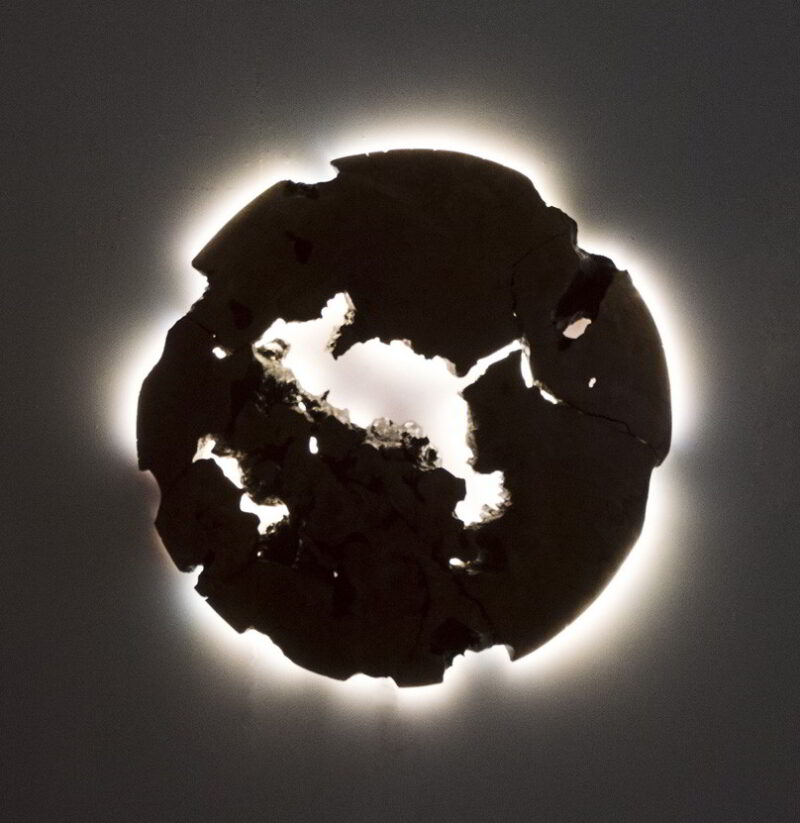 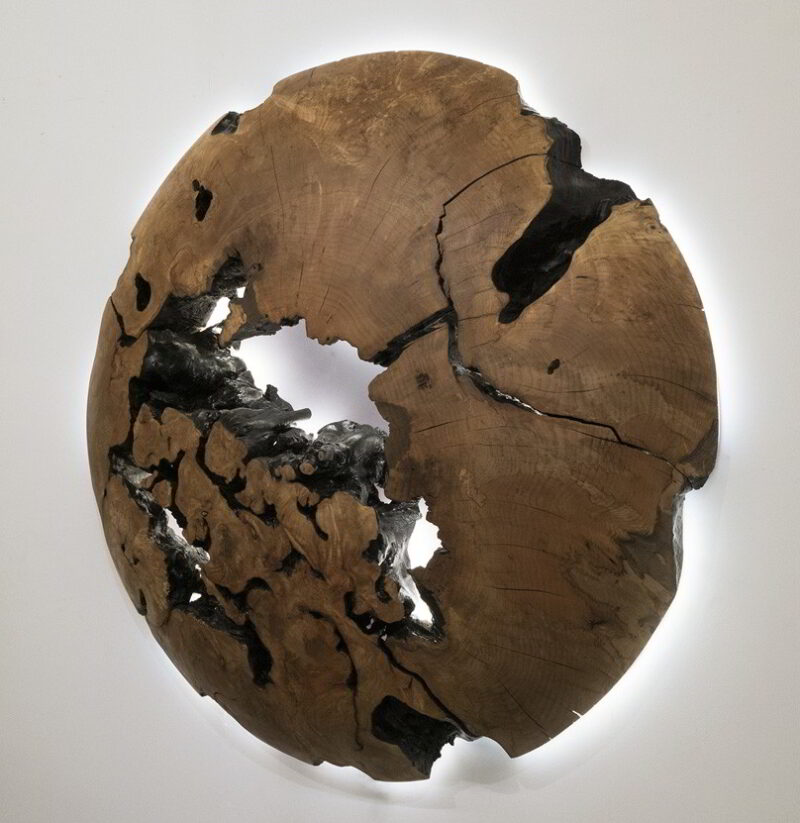 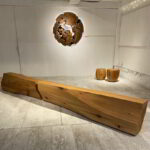 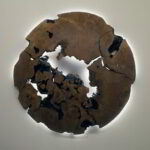 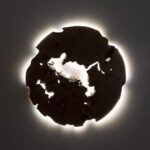 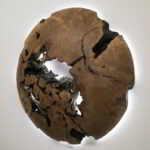 In 1610, Galileo Galilei published the first scientific work based on observations made through a telescope. Titled Sidereus Nuncius, or Starry Messenger, this short astronomical pamphlet challenged conventional thought and was the first systematic study of celestial bodies. For 18 consecutive days Galileo studied the moon, noticing dark spots never before seen on the illuminated side of the moon’s surface. He was able to observe that, as time passed, these and other spots changed- either getting lighter or darker and more distinct. It was concluded that the moon’s surface was not smooth as previously thought but contained mountains and valleys much like Earth.

Through our work of Starry Messenger, we carve away the exterior to expose the natural valleys and features of the wood. What is revealed is a familiar form not unlike the moon, which has a surface that is both recognizable, and yet is still an unknowable discovery. In Starry Messenger Illuminata, we are depicting a solar eclipse.