Back in early 2016, the San Francisco office of Gensler Architecture and Design contacted me with an opportunity to work with them in strengthening the connection between Electronic Arts and the surroundings of their Burnaby, British Columbia campus. Gensler also requested some specific build requirements in the renovation of the lobby, such as a security and reception desk, informational kiosks, and tables for informal meeting and gathering spaces.

Upon visiting their campus for the first time, I was struck by the scale of the interiors and enormous windows allowing neighboring green space to pour into the lobby. The atmosphere bristled with creativity and energy. This high tech business felt strangely foreign to me as I am usually confronted with hospitality or resort directives. It was very intriguing, and I began to wonder if explorers must have had similar feelings when they first set foot upon foreign soil.

This feeling of wonder and excitement became my inspiration for the space, and I thought these feelings could be referenced through an historical event within the province of British Columbia. The event I chose for my storied installation was when the first contact between Europeans and First Nations people occured in British Columbia, March, 1778. This is the first chronicled event when Captain Cook first set foot in Friendly Cove on Nootka Island.

The village of Yuquot – also known as Friendly Cove – first appearing through the mist, with its towering coniferous trees cascading down towards the shore set upon angular rocky cliffs, must have been an impressive sight. Peoples of the Mowachaht and Muchalaht greeted the English crew and offered to trade goods and stories. This moment in time on the shores of Friendly Cove inspired the visual references for the pieces I was to create for the space.

For example, the reception desk and kiosks are made from enormous, solid sitka spruce, carved to reflect the angular faces of the granite shorelines. It was important to use wood from a tree that would have been found in that area at that time. The directional kiosks are also carved from massive singular blocks of wood and resemble giant boulders. No joinery, millwork or constructive clues would be visible in the work – only monolithic expressions of natural materials.

The large Drum tables carved from singular western red cedar slices are clustered to encourage people to gather at those locations. Congregating, mingling and sharing ideas are very much within EA’s culture

Large hollowed illuminated sections of logs are suspended within the tubular structures that hold the ceilings up high above crowds. Your eyes naturally gaze upwards into these impressive metal structures as they would during a forest stroll. Peering up into the structures, you find the natural shaped illuminated sculptures, which provide clues to the sky above and the wonder of nature.

Drawing from natural forms and using indigenous materials, these designs smooth the transition between the ancient and the modern in the Electronic Arts Burnaby campus. The space feels transformed by the warmth of the wood, its golden colour balancing the building’s industrial materials; it reinforces the magic that happens in EA when imagination and play become one 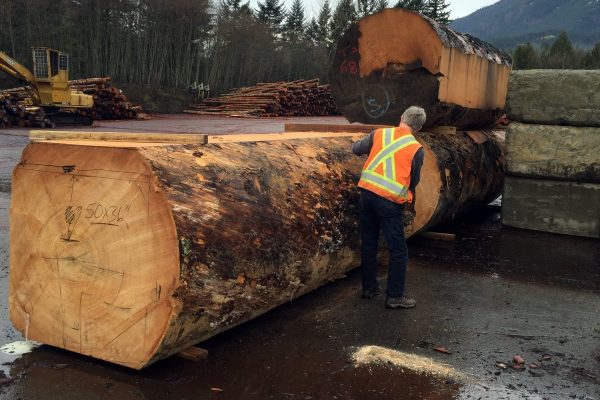 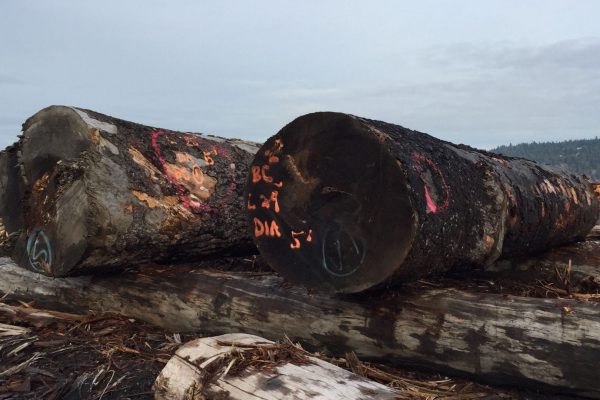 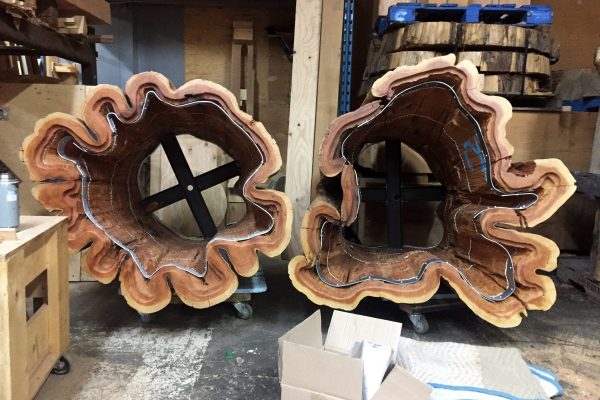 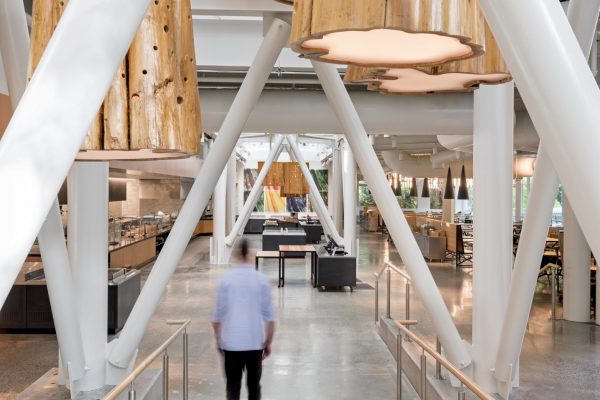 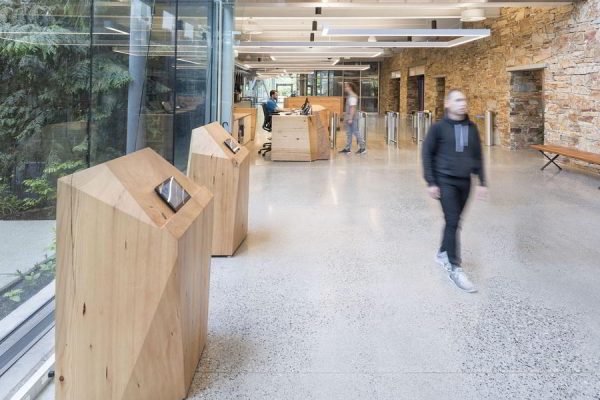 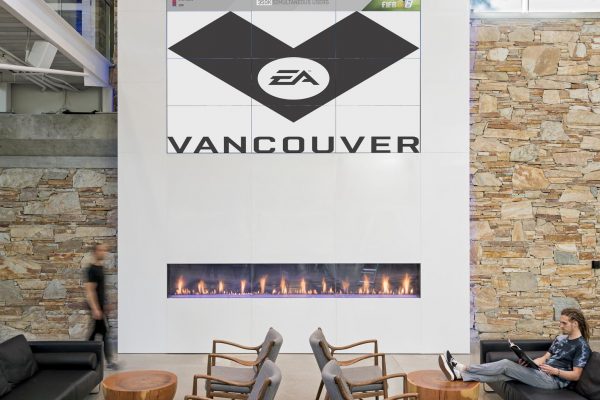 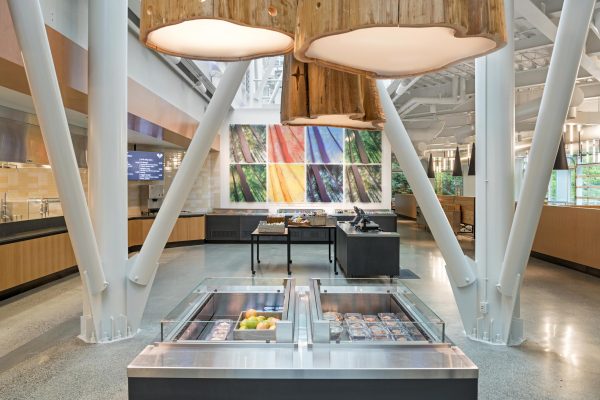