When I was asked to produce a wall piece for the Denna Club, it was referred to me as a “jewel” – the prized piece within the Seylynn Village. The notion of a building becoming precious and valuable before it was built was intriguing. The more I thought about it the more I felt it was the people that were precious and the building giving them the opportunity to shine. This led me to imagine the building as a velvet satchel containing precious stones. Once the stones were laid out on the velvet in the light they shone beautifully. 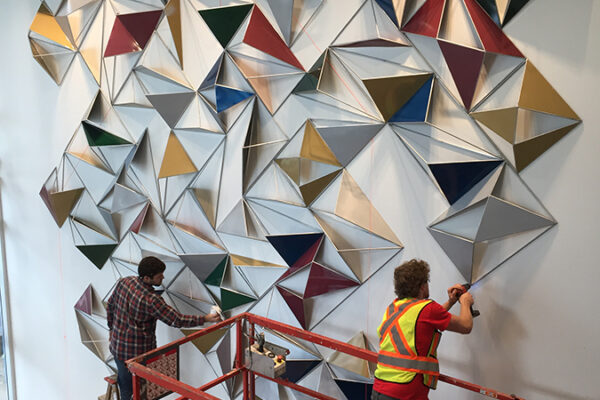 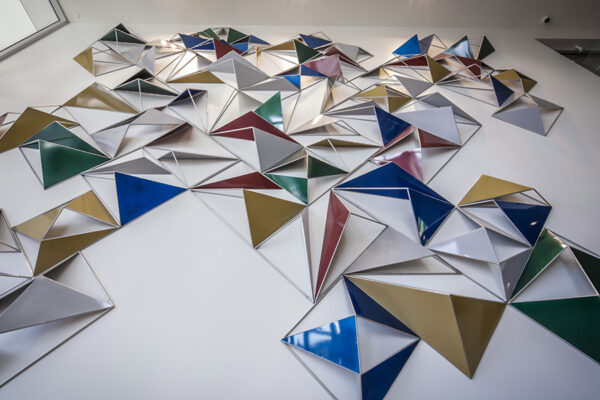 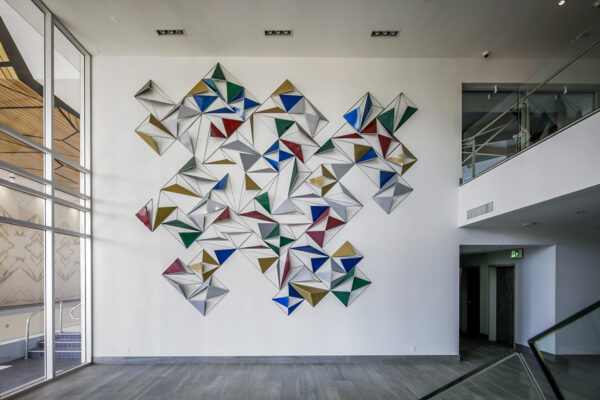